WAM or WHAM? You make the call 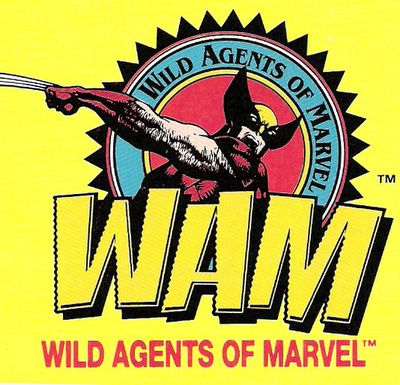 In 1991, Marvel announced the formation of WAM! – Wild Agents of Marvel – an exciting new fan club in the tradition of FOOM – Friends of Old Marvel. In addition to being a fan club for “Marvel zombies”, WAM! was an insidious social engineering program designed to keep its members from getting laid.

Experts have proven that there is a direct, inverse relationship between sexual activity and comic book reading among adolescent males. In a 1989 study by The National Institute of Health, researchers clearly demonstrated that the likelihood of having sex with a real girl is greatly reduced by the number of comic books an adolescent male reads. Subjects in the study who reduced their weekly consumption of comics reported a significant increase in sexual activity, while those who maintained a chronic consumption of comics and/or talked about comics to others experienced an unsatisfying, infrequent, or non-existent sex life.

Indeed, of those subjects in the NIH study who read ten or more comics per week, only 6% claimed to have regular sexual activity of any kind – but of that 6%, a whopping 73% claimed that their supposed sexual partners lived out-of-state or in Canada. A staggering 93% of chronic comic book readers in the study said that they had no sexual partner at all, or listed one of their hands as their only recurring partner.

----------
"WAM! was an insidious social engineering program designed to keep its members from getting laid..."
----------
Armed with this data, Marvel created WAM! in an effort to reduce reader attrition and maintain market share by making WAM! members less desirable to potential sexual partners.

Don’t believe me? Let’s take a look at the full-page WAM! solicitation that appeared in some Marvel books in 1991. The one I have came in Iron Man #275.

WAM! members received gifts like a stationary kit with WAM! letterhead, WAM! Post-It notes, a WAM! cloissone pin to wear to school, a WAM! membership card, and “a knockout four-color WAM! membership certificate printed on parchment paper that… is suitable for framing.” Other gifts for WAM! members include a high-quality WAM! watch and the official Marvel satin jacket, so you can rock it Chachi-style. Perhaps the best member gift is what Marvel describes as “the ultimate ‘rub-out’ item – a Punisher skull eraser.” You can make up your own joke.
Potential members of WAM! could fill out an application at a local WAM! headquarters – your neighborhood comic shop. Then potential members could get beat up by the Tough Kids upon exiting their local WAM! headquarters.

The satin jackets, cloissone pins, stationeries, stickers, and other wacky trinkets offered by WAM! were just the start – members also received “a full-color, expandable portfolio that holds everything. It’s made of heavy-duty cardboard and has a self-closing elastic fastener”- and repels girls like Kryptonite.

I submit, dear reader, that a young man of that era would be better served by listening to WHAM! rather than being a member of WAM! 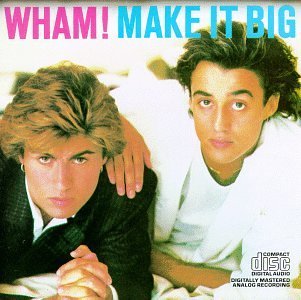 Posted by David Campbell at 7:36 AM

Liking WHAM! could get you laid, either by a boy or girl.

Being a member of WAM, well...

I think you win this week

See, I make good-natured jokes about comic fans being virgins and I get several bitchy replies...you get a defense of WHAM!

We must have different audiences...

I know, I'm getting a free ride on this one, huh? Where are all the Elfquest virgins pissed off about unfair nerd stereotypes? Bring it on! Bring it!

Elfquest nerds are finding it hard to type using only one hand.

Apropos of nothing, Iron Man #275 was one kickass comic.

Da*n it, Dave! I never had difficulty getting some in high school... though I did have quite a dry spell in college while serving as president of the anime society. You'd think that would attract that female manga audience everyone keeps talking about, right? No.

I had the same problem! College got a lot easier for me when I cut down on the D&D. Girls don't want to kiss the Dungeon Master. It's sad, but true.

I actually quite like the punnery of the Punisher eraser for "rubbing out" stuff. "Rubbing out" is a euphemism for killing someone, you see? That's great!


I have a wife and a healthy sex life. I do. Honest.

Anyone who is surprised that I could succinctly defend gay-flavored pop music, raise their hand.

That's what I thought.

See, this topic fascinates me, because when a young, handsome 'SW' was collecting comics, he never saw da ladies in the shops. Never, unless it was someone's mom. (BTW - You really hit rock bottom when your mom went with you and bought your books.. and you're over the age of 16).

Now? OMG, they're everywhere! In the ailes! Behind the counter! Even at Borders! Why, GOD, WHY DID THIS HAPPEN AFTER MY PRIME?!?!?

And if anyone at school found out you read them (!) you might as well roll a 2d10 and throw yourself on your broad sword.

I'm not throwing myself on anyone's broad sword. Fnar.

Girls Don't Want to Kiss the Dungeon Master
All black outfits never get you laid,
Your sex life is a complete disaster
when your best buds're Marks Millar and Waid.

A mini rhyme in honor of our blog-host

Make a plus three saving throw against nerd! Hoiven-glaven.

To increase my chances with the ladies, I learned to keep my comic predilictions on the down low. Not until after I married did my wife learn the horrifying truth. And now it's too late! HA!! She's stuck with my four-color ass!*

Does a four-colour ass help attract a potential mate? I mean, a baboon has a one-colour ass, and that seems to do the job, so is the addition of three more colours a benefit or a drawback?
Are the ladies (or gents) more likely to be attracted by the greater variety of colours on display on said ass, or will the kaleidoscopic mixture of hues actually just make them vomit and/or have an epileptic fit?

I would imagine the ass colors only produce nausea or epilepsy if the ass is spinning or strobing. Which brings us back to George Michael's day-glo keyster in "Wake Me Up Before you Go Go."

Harvey, I did you one better: I actually QUIT collecting comics for five years while I was in college, to hide my geek side and save my money for non-repulsive expenses like beer and...um, more beer, I guess.

I didn't start collecting again until a girl I was dating surprised me for my birthday by taking me the Mid-Ohio Comicon. Can you believe that? After not reading a comic for years, I almost OD'd on the geekery.

I married said girl, of course.

As for a many-colored ass getting you more chicks, I can say for a fact that it does not. I wore Zubaz in high school and graduated a virgin.