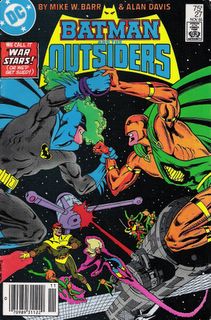 I have always loved Kobra. You love Kobra, too - you just might not know it yet.

Kobra was a cross between Dr. Doom, Hugo Drax, and Jim Jones who hissed and ssstretched out the letter "S" a lot. He wore a very 80's orange and green snake theme costume, and he had his own logo and everything. The leader of an apocalyptic Cobra Cult (or Kobra Kult?), he had a seemingly endless supply of cash, evil schemes, and brainwashed followers. It's a good thing he had so many cultists, because Kobra was harder on his subordinates than Darth Vader. I mean, he made them wear outfits just like his, and then there was the strangling. Here's a typical exchange between Kobra and a lackey:

Kobra: "Perhapsss you will remember in the afterlife: Kobra takesss honey only!"

Before he became DC's cut-rate Dr. Doom, Kobra had his own series (titled, appropriately enough, Kobra) in the 70's. In that series, we learned that Kobra had a twin brother named Lemmy that had some sort of weird psychic symbiosis thing going on - whenever Lemmy felt pain, so did Kobra. Wait, the brother's name was Jason Burr, not Lemmy. My bad. Anyway, the whole twin brother storyline seemed to just die off - does anybody out there know what happened to Lem-- um, Jason? I think Kobra finally killed him off, but I can't recall.

It looked for a while like DC was pushing for Kobra to take his rightful place among the better known arch-villains like The Joker and Lex Luthor and Clock King, but it never panned out. I think one of the problems with Kobra is that he's nobody's arch-enemy. You gotta have that rivalry thing going to be a really good bad guy. Though it pains me to say, Kobra was just sort of a stock arch-villain with an army of disposable goons. He appeared in Batman and The Outsiders, Aquaman, The Outsiders, Suicide Squad, Flash, Wonder Woman, JSA, and a few other books, but never assumed the A-List Arch Villain Status he deserved. Finally, in JSA #51, Kobra got executed by a renegade group of JSA heroes. Supposedly.

My favorite Kobra appearances are 1989's The Janus Directive crossover (which I will review at some point in the future), a kick-ass Suicide Squad storyline where Kobra tries to incite a full-scale war in the Middle East by manipulating Israeli jets into destroying the Dome of the Rock, and this Batman and The Outsiders storyline.

In this issue, Kobra's up to no-damn-good once again, hijacking a missile defense satellite and threatening to turn it over to the Soviets unless the Americans give him all the gold in Fort Knox. Only Batman and The Outsiders can stop him! Actually, I think Green Lantern could probably have stopped him on his lunch break, but what do I know? Before his scheme is foiled, Kobra gets some classic dialogue like this, as he strangles a foolish lackey who doubted him:

"The Chrissstian God is known for his forgiveness... but the Cobra God has no such weaknessess! That is why I will one day rule! Dispose of this carrion and open a channel to the Pentagon!"

Now that is self confidence!

Writer Mike W. Barr has a good time with Kobra, who is in full-on hammy Bond villain mode here. The art by Alan Davis is... well, it's Alan Davis. It fucking rules. Davis draws a savage but brief brawl between Kobra and Batman that I love because - and this is important - Kobra kicks Batman's ass. No trickery, no assistance, no mitigating factors - Kobra just flat out beats the shit out of Batman and leaves him all fucked-up and unconscious. Of course, Kobra can barely stand after the fight and has to be helped to an escape pod, and his plot has been foiled, but the fact remains: Kobra beat up Batman. How can you not like the guy?

To DC I say: more Kobra pleassse!
Posted by David Campbell at 5:38 AM

As long as Looker's in the issue, it's good. WE NEED MORE LOOKER! And Kobra. And Mike Barr/Alan David comics. And more villains kicking the shit out of Batman. Is issue #27 the perfect comic book? (Of course, if Looker isn't there, then it's not quite prefect.)

Yeah, but the way comics are going these days, the minute Looker comes back someone will brutally slaughter her, because Batman can't be associated with that ilk!

(Actually, Looker WAS killed in the last Outsiders series IIRC and resurrected as a vampire. Whatever happened after that?)

Looker's sort of dead? That sucks. I'm so not up on my Looker trivia. I'll have to set up a web site devoted to all things Looker!

I seem to remember that Jason Burr got killed off in an Outsiders annual. I remember that issue because Kevin Nowlan (who provided sweet pencils) changed Black Lightning's 'fro into a short Jheri curl, for some reason. It looked good, anyway . . .

Jason got offed in an anthology called Five Star Superhero Spectacular. The story would have been the final issue of Kobra's own comic if it hadn't been cancelled along with 90 other DC books in the late seventies.

Kobra worked out a way to avoid the feel-my-pain gimmick and had somebody stab Jason and throw him down a mountain. Batman was in there as well, swearing to avenge Jason's death in the last panel. Art was by noted Neal Adams impersonator (and future Messiah impersonator) Mike Nasser.

I don't know if you count it or not, but Kobra was a semi-reoccuring villian on Batman Beyond.

Kobra’s got an endless supply of recruits, even though he kills a lot of them himself, because everyone knows it’s worth it to get to wear that sexy Kobra henchman uniform! :-)