Cleaning out the My Pictures folder

It's time once again for me to purge my My Pictures folder. At work I frequently attach pictures to emails for humorous or ironic effect. The kids love it. However, I dread the idea of sending the same image twice - how uncool. So on occasion I have to purge, and I mean purge like an 18th century French aristocrat - noisily into some rose bushes.

These fine images cannot go to waste, so I inflict them upon you, gentle reader. Yes, this is what passes for content around here these days. 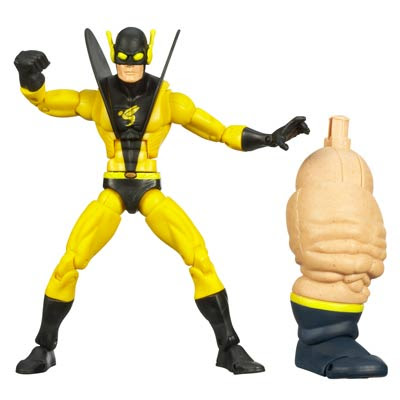 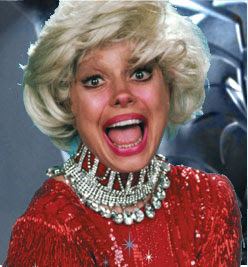 Because I love Carol Channing. 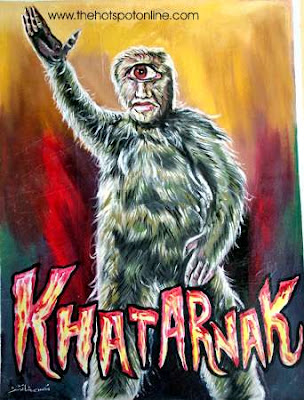 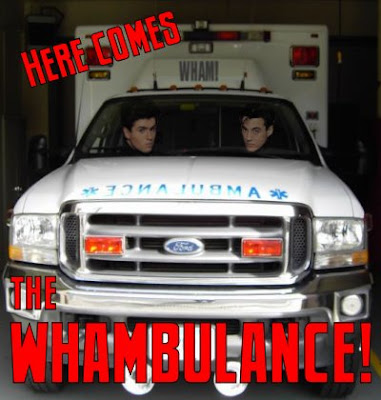 Wake me up and let's go-go in The Whambulance! The Legomancer himself Dave Lartigue is responsible for this work of genius. 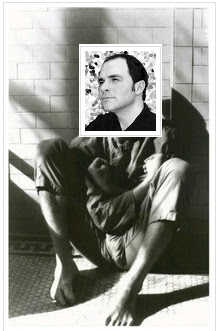 A Dave's Long Box reader sent this image of yours truly grafted on top of the head of a despondent, institutionalized Matthew Modine from the film Birdy. I can't remember who sent it, which sucks. Email me, mystery artist, so you may receive acclaim.
(Is that just a trick of the light or does Campbell/Modine have a serious unit on him?)
Posted by David Campbell at 2:21 PM

I was just about to say that's a junk display that'd do Fred G. Sanford, himself, proud.

Hmmm.. would you call that Campbell toe?

Only Mrs. Campbell/Modine knows for sure.

Have you seen the illustration they used for the second Yellowjacket in the DK Marvel Encyclopedia?

Takes the basic 'Halle Berry as Catwoman' stance and boils all the silly out of it using her extra hotness. I thought that Power Girl in the DC Encyclopedia was where it was at.

Boy, was I wrong.

That Yellowjacket pciture is so random, that's great.

Reminds me of when I finally got my hands on my ML Wonder Man, with the little mini-Yellowjacket, and I had to spend 10 minutes explaining to my fiancee why he was there. Hank Pym, always causing problems.

Hmmm.. would you call that Campbell toe?

I had never laughed out loud and felt sick at the same time.

Very messy, I can tell you that.

Crap! Did I steal that from you Dorian?

Dave--Not directly, no. I think I sent the photo to you as an ironic yet biting commentary on something I thought was funny.

What kind of person would own a Blob action figure?

can the Blob actually be called an " action figure?"

" Now with sitting around, and eating excitement!"

Carol Channing looks ripe for a facial in that pic, LOL

I can't recall what movie laser polaearm wookie viking is from - it's a Japanese movie, Toho studios, name escapes me...

The Laser Polearm Viking Wookie is from the space opera The War In Space.

Thanks, luke! And thank you, Dave, for posting that pic.

Ahh, I was going to mail you this but the mailto: links seems to have fallen off your page.

This over @ PCL LinkDump